Getting to Know San Mateo County

Occupying 531 square miles, San Mateo County is characterized by its geographic contrasts. The county is bound on the west by the Pacific Ocean, on the east by the San Francisco Bay, to the north is San Francisco County and City, and to the south is Santa Clara County. The county is often referred to as the Peninsula. The dense urbanization of the Bay Area Corridor stands in marked contrast to the agricultural, parks and preserves, and undeveloped lands of the rural Coastside regions. Four regions are typically described: North-County, South-County, MidCounty, and the Coastside. 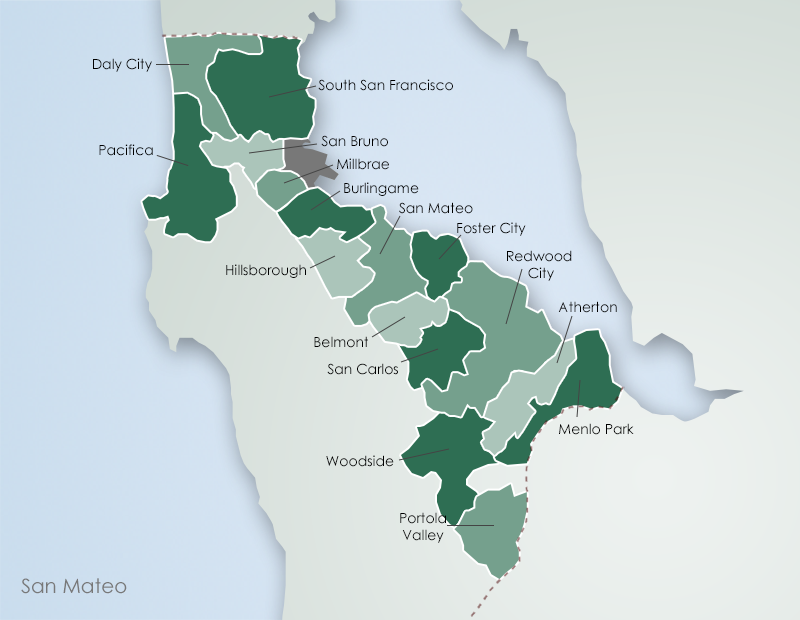